Last fall, Broc ran the 2nd Annual “Cute Dog” Contest. Baker Botts earned bragging rights with Jude Dworaczyk’s “Penny the Hair Bow Aficionado” representing the firm. Some members responded asking that we run the contest again and some suggested a future “cute cat” contest, which we will try to get on deck for some time in 2020. So, with all the heavy news lately, let’s take a look at more “cute dog” photos – and one cute rabbit! The poll is at the bottom of the blog. 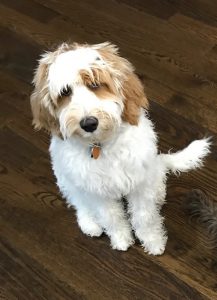 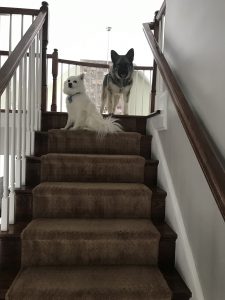 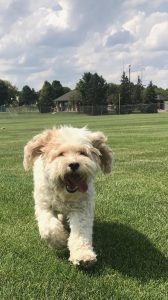 5. Our own John Jenkins – Shadow the “Backseat Driver”

Vote now in this poll – anonymously – for the dog that you think is the cutest:

Sharing a blog entry here that John posted yesterday on DealLawyers.com as it’s of interest to many:  In its 2018 Cyan decision, the SCOTUS unanimously held that class actions alleging claims under the Securities Act of 1933 may be heard in state court. It also held that if those claims are brought in a state court, they can’t be removed to federal court.  Some corporations responded to Cyan by adopting “federal forum” charter provisions compelling shareholders to bring 1933 Act claims only in federal court.  Much to the chagrin of the defense bar, the Delaware Chancery Court struck those provisions down in Sciabacucchi v. Salzberg, (Del. Ch.; 12/18).

Yesterday, the Delaware Supreme Court unanimously reversed the Sciabacucchi decision.  In Justice Valihura’s sweeping 53-page opinion, the Court rejected claims that federal forum provisions were contrary to any Delaware law or policy, and read Section 102(b) of the DGCL as a broad enabling statute that provides Delaware corporations with more than enough flexibility to include a federal forum provision in their certificates of incorporation.

Section 102(b)(1) authorizes the certificate to include “any provision for the management of the business and for the conduct of the affairs of the corporation” and “any provision creating, defining, limiting and regulating the powers of the corporation, the directors, and the stockholders, or any class of the stockholders.” While that authority can’t be used to adopt provisions that violate law or public policy, the Court concluded that a federal forum provision, or FFP, didn’t raise either of those concerns:

First, Section 102(b)(1)’s scope is broadly enabling. For example, in Sterling v. Mayflower Hotel Corp., this Court held that Section 102(b)(1) bars only charter provisions that would “achieve a result forbidden by settled rules of public policy.” Accordingly, “the stockholders of a Delaware corporation may by contract embody in the [certificate of incorporation] a provision departing from the rules of the common law, provided that it does not transgress a statutory enactment or a public policy settled by the common law or implicit in the General Corporation Law itself.”

Further, recognizing that corporate charters are contracts among a corporation’s stockholders, stockholder-approved charter amendments are given great respect under our law. In Williams v. Geier, in commenting on the “broad policies underlying the Delaware General Corporation Law,” this Court observed that, “all amendments to certificates of incorporation and mergers require stockholder action,” and that, “Delaware’s legislative policy is to look to the will of the stockholders in these areas.” Williams supports the view that FFPs in stockholder-approved charter amendments should be respected as a matter of policy.  At a minimum, they should not be deemed violative of Delaware’s public policy.

The Court rejected claims that the language added to Section 115 of the DGCL in 2015 codifying the Boilermakers decision permitting exclusive forum bylaws represented an implicit recognition that FFP provisions were impermissible. It also rejected the Chancery’s effort to limit Section 102(b)’s reach to matters covered by the “internal affairs” doctrine, and said that the Chancery’s decision took a narrower approach to what constituted “internal affairs” than either applicable federal or Delaware precedent.

On a personal note, I’d like to express my thanks to the Delaware Supreme Court for giving me something to blog about that’s completely unrelated to the Covid-19 pandemic & for allowing me to fulfill my dream of using the word “agonistes” in a blog title.  Now, when somebody googles John Milton or Gary Wills, they may stumble across me! That’s the closest thing to literary immortality that a fat guy in pajamas pounding on a keyboard can reasonably hope to achieve. . .

With all the market turmoil, one more unfortunate outcome from COVID-19 is possible securities lawsuits – and it didn’t take long.  A memo from Jenner & Block says stock drop class actions have been filed against two companies.  First, there’s a suit against a cruise line operator alleging the company misrepresented the impact of COVID-19 by minimizing the likely impact on its operations.

Another suit has been filed against a pharmaceutical company. In this case, the suit alleges the company misrepresented its progress on a COVID-19 vaccine.  Hopefully these cases aren’t indicative of a coming trend.  Bottom line as noted in the memo – it’s hard to say whether these cases will be successful but companies should take extra care when making any public statements about the potential impact of COVID-19 on their business.