Yesterday, Corp Fin Director Keith Higgins delivered this interesting speech entitled “Rule 14a-8: Conflicting Proposals, Conflicting Views.” There are some really interesting things in this speech on counterproposals, etc., although there isn’t much that helps those companies grappling with proxy access shareholder proposals this proxy season (but there is some, such as #6 below). Here’s some notables from Keith’s speech (and here’s more analysis from this Cooley blog):

1. (i)(9) Rarely Invoked Before 2009: “The substantial uptick in Rule 14a-8(i)(9) activity began in 2009 with proposals involving the right of shareholders to call a special meeting of shareholders.”

2. Keith’s Disclaimer Disclaims Some of His Own Speech: “Of course, because the Division has just begun its review, all of these thoughts are very preliminary and, as mentioned in my disclaimer, do not reflect anyone’s views, in this case likely including my own. But, it’s a place to start.” [emphasis included in the speech]

3. Precatory v. Mandatory Nature of Proposals Not Historically a Factor: “The Division has not considered the precatory/mandatory distinction as factoring into our view of Rule 14a-8(i)(9) conflicts. There are two reasons for this. First, virtually all shareholder proposals are precatory. Applying the precatory/mandatory distinction to conclude there is no conflict would make the exclusion applicable to a small number of situations. Perhaps the exclusion was meant to be narrow; the regulatory history is not clear. Second, even accepting that the vote on the shareholder proposal would be a data point for the directors to consider, the concern was that the data, taken as a whole, may be ambiguous for the directors to interpret and, just as importantly, that it would make it difficult for shareholders to decide how to send their message.”

4. Proxy Rules Could Be Structural Obstacle to Dealing With Competing Proposals: “As we do our review, we may consider whether there may be a structural limitation in our current proxy rules that makes it difficult to have a side-by-side comparison. Exchange Act Rule 14a-4(b)(1) requires that a form of proxy permit a shareholder to vote for or against or to abstain from voting on each separate matter other than the election of directors or say-on-frequency votes. Putting the 10% and the 25% proposals side-by-side and asking shareholders to choose which one they prefer may provide the board with better information than full “for” and “against” votes on conflicting proposals, although it still would not accommodate the preferences of shareholders who either want a different threshold or do not believe that shareholders should be entitled to call a special meeting at all. But should Rule 14a-4(b) be amended to permit more flexibility than a thumbs up or thumbs down approach?”

5. Concerns Over Company Motives: “The concern about management’s motives goes further. We have heard the concern expressed that management could continue year after year to come up with a slightly different proposal for the purpose of keeping the shareholder proposal from ever making it into the proxy materials. While we have not yet seen this concern materialize, it is certainly not beyond the realm of possibility. Should the Commission consider addressing this concern by, for example, amending Rule 14a-8(i)(9) so that the exclusion is not available to a company two years in a row for the same shareholder proposal or perhaps another shareholder proposal on the same subject matter?”

6. Need for More Disclosure When Companies Exclude Shareholder Proposals?: “Should the Commission, for example, require that when management uses Rule 14a-8(i)(9) to exclude a shareholder proposal, it needs to include in the proxy statement something akin to a “Background of the Merger” discussion that appears in a merger proxy statement to explain the circumstances that led it to present its proposal, a discussion of alternatives and management’s rationale for crafting its proposal as it did? Another approach might be to require the company to allow the shareholder proponent whose proposal was excluded to include a statement in opposition, much as management does when it is required to include a shareholder proposal in the proxy.”

7. Reminders About False & Misleading Arguments: “To be clear, we did not abdicate our responsibility over shareholder proposals that may be materially false or misleading. From our perspective, there are three threshold questions we consider when asked to exclude a proposal or supporting statement as false or misleading. First, is it really a “fact”? Sometimes, we are asked to exclude based on inferences and opinions. These generally seem like issues best addressed in the opposition statement. Second, is it false or misleading? The Commission’s rules make clear that the company has the burden of demonstrating that it is entitled to exclude a proposal. So the staff is looking for objective, demonstrable evidence of falsity. Finally, is it “material”?”

I received quite a few emails from members expressing surprise that Keith would address this topic in the midst of the SEC’s review of how it will apply (i)(9) going forward. I find it quite useful – both for its analysis of the issues, as well as a way to publicize the fact that the Staff is soliciting comments on (i)(9) as part of its review (even though it’s not obligated to do so). This comment solicitation gives the speech the feel of a proposing release, which may be prudent given the Chamber’s recent letter expressing concerns about the Staff not taking a view on the possible exclusion of proxy access shareholder proposals during this proxy season…

Don’t forget our upcoming webcast: “Proxy Access: The Halftime Show.” And don’t forget to tune in today for the webcast – “Conflict Minerals: Tackling Your Next Form SD” – to hear our own Dave Lynn of Morrison & Foerster, Schulte Roth’s Michael Littenberg, Elm Sustainability Partners’ Lawrence Heim and Deloitte’s Christine Robinson discuss what you should now be considering as you prepare your Form SD for 2015.

We have posted the transcript for the recent CompensationStandards.com webcast: “Executive Compensation Litigation: Proxy Disclosures.”

Woe Is Me: Jon Stewart Leaving “The Daily Show”

This is how I felt yesterday when I heard the news… 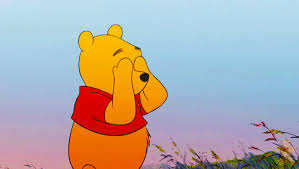