If you haven’t heard about this, brace yourself. Some sophisticated scammers have been successful learning the style of how your CEO and other senior executives write their emails – and then are capable of sending emails from their email addresses. For example, a scammer will write an email that looks like it comes from your CEO to your controller asking for a wire transfer to be made to an offshore account. And the controller naturally will do it. This will be among the topics covered in our upcoming webcast: “Cybersecurity: Governance Steps You Need to Take Now.”

Here’s an excerpt from this Davis Polk memo:

A large number of U.S. businesses have recently been the target of a very sophisticated email scam that is designed to convince company employees who are responsible for executing financial transactions to wire funds to overseas accounts that are controlled by the perpetrators of the scam. The FBI’s Internet Crime Complaint Center (“IC3”) refers to these kinds of frauds in their various forms as Business Email Compromise (“BEC”) scams, which are usually aimed at companies that regularly wire money outside of the United States. In recent months, there have been over 2,000 reported incidents of these scams, resulting in hundreds of millions of dollars in losses.

Yesterday, three former SEC Commissioners – Bevis Longstreth, William Donaldson & Arthur Levitt – sent this letter to the SEC supporting the push for political contributions disclosure rulemaking (remember how the SEC was recently sued for not rulemaking in this area). These former Commissioners are the latest in a number of folks that continue to weigh in on the 2011 rulemaking petition, including this letter from 70 foundations and this letter from a group of State Treasurers.

We have posted the transcript for our recent webcast: “The NYSE Speaks ’15: Latest Developments and Interpretations.”

I’ve blogged before about the inspirational Barbara Blackford. She recently stopped in DC, about 1500 miles through her ride up the East Coast. Check out her blog – and Facebook page, as well as this explanation of “Cycling for Good” and how you can donate… 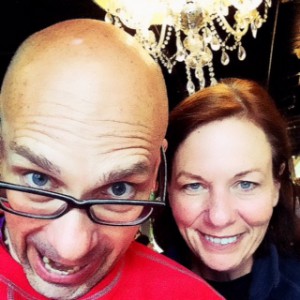